Amazon Prime is wildly successful but not free from churn 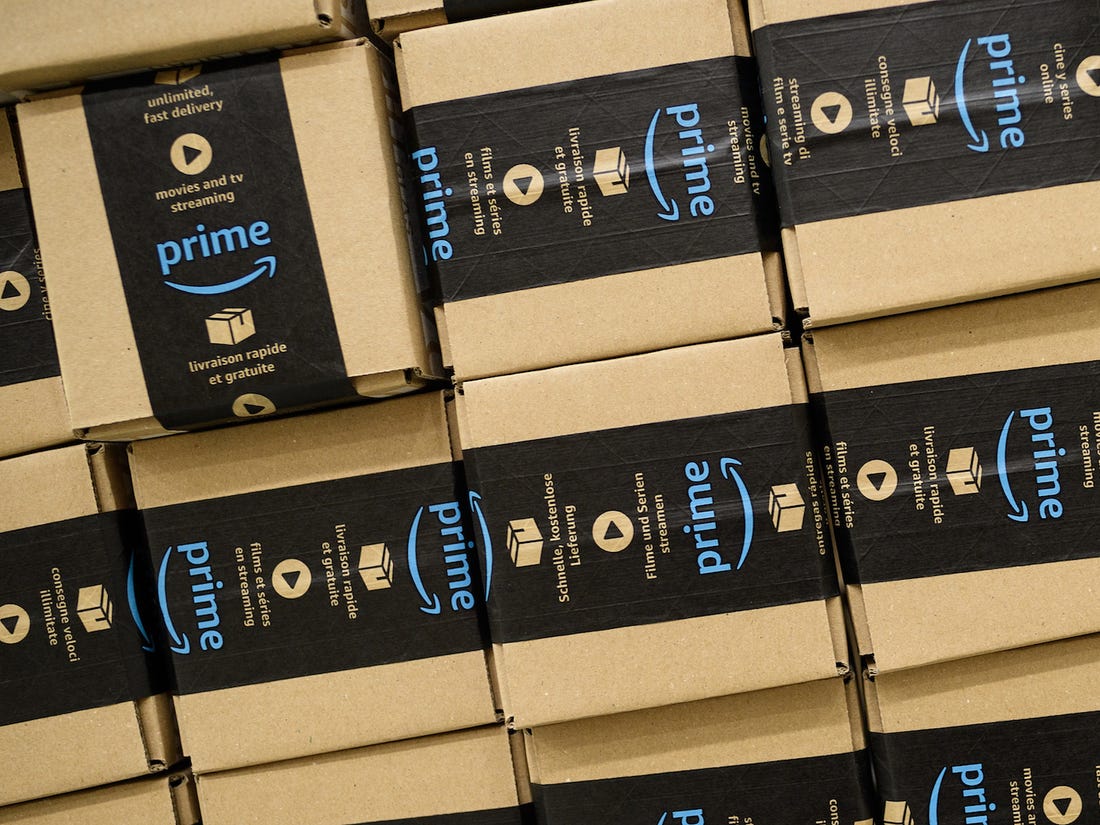 For many American households, it is already hard to imagine a life without Amazon Prime: how else can someone in Buford, WY get an essential oil diffuser delivered in two days?

For Amazon itself though, it might be even harder to imagine a business without Prime Members. The importance of Amazon Prime memberships to the company’s core online sales business cannot be overstated: Prime has grown to more than 100 million members globally and M Science data indicates Prime users spend upwards of 55% of the total dollars transacted through the e-tailer, domestically.

Despite the massive success of the service, it has not been immune to churn. When M Science Internet Analyst, Steve Weinstein, noticed an increase in Prime subscription churn and a plateau of new subscribers in 2019, he took a closer look at the impact this would have to overall marketplace spend in the US. As part of his Amazon coverage, Steve closely tracks the growth of the Prime customer base along with the percent of subscribers that do not re-up after their first year and beyond.

Although we would prefer to see growth in Prime membership, churned Prime members are still quite productive.

How much are churned Prime members worth?* 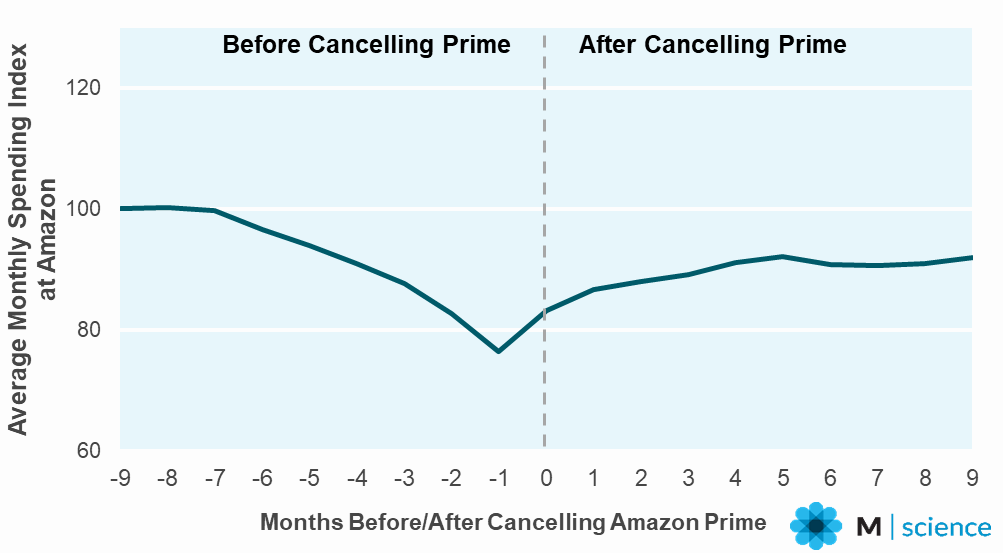 For most subscription businesses, churn represents an absolute loss of revenue, but for Amazon, it appears that churn may not be as such a risk after all. According to M Science research, after cancelling their Amazon Prime memberships, most churned customers remain consistent Amazon shoppers, even several years after cancelling. Surprisingly, Prime churners continue to spend almost as much as active Prime members and considerably more than the average Amazon shopper without Prime according to M Science research.

Most positively for Amazon, M Science research shows overall Amazon marketplace retention trends among those who cancelled their Prime memberships have been improving considerably, and improvement trends in long-term retention appear to have been accelerating in the past year. Even after cancellation, Prime appears to be a valuable tool in introducing consumers to the convenience of Amazon's offerings and making the gravity of one-stop online shopping that much stronger.

Steve Weinstein, Internet Analyst, commented, "although we would prefer to see growth in Prime membership, churned Prime members are still quite productive." Amazon appears to retain the wallet-share of these customers, and they appear to continue to make up a valuable and apparently stable segment of Amazon's customer base.

Two-day shipping still too slow? Get all the latest insights about Prime churners and Amazon business fundamentals now by contacting insights@mscience.com

This M Science Insights post is intended for informational purposes only. This post is dated as of the date of publication. M Science undertakes no obligation to update this post. Under no circumstances is this post to be considered as an offer to sell or solicitation of an offer to buy any securities of any company. It should not be assumed that recommendations made in the future will be profitable or will equal the performance of previous recommendations. Comparisons of M Science published estimates to reported results are available by emailing info@mscience.com. M Science provides the information and data contained herein on an “as is,” “as available” basis, without representations or warranties of any kind whatsoever, expressed or implied. More information about M Science is available at http://www.adviserinfo.sec.gov/.